According to OECD statistics, Mexico and South Korea are the most working nations in the world, as reported by Statista . These countries have a respective annual average of approximately 2 100 and 1 908 working hours per worker . Employees of these states benefit from little paid leave (12 to 12 days) and the maximum weekly working time reached 48 hours in Mexico and 52 hours in South Korea

France is below the OECD average (1 687 hours), with 1402 hours worked on average in 2020. However, France is not the last in the ranking, and is placed before Norway, the United Kingdom and Germany. The latter closes this classification with 1332 working hours per year. “A duration which is explained in particular by a significant use of part-time work for women in this country”, according to Statista. 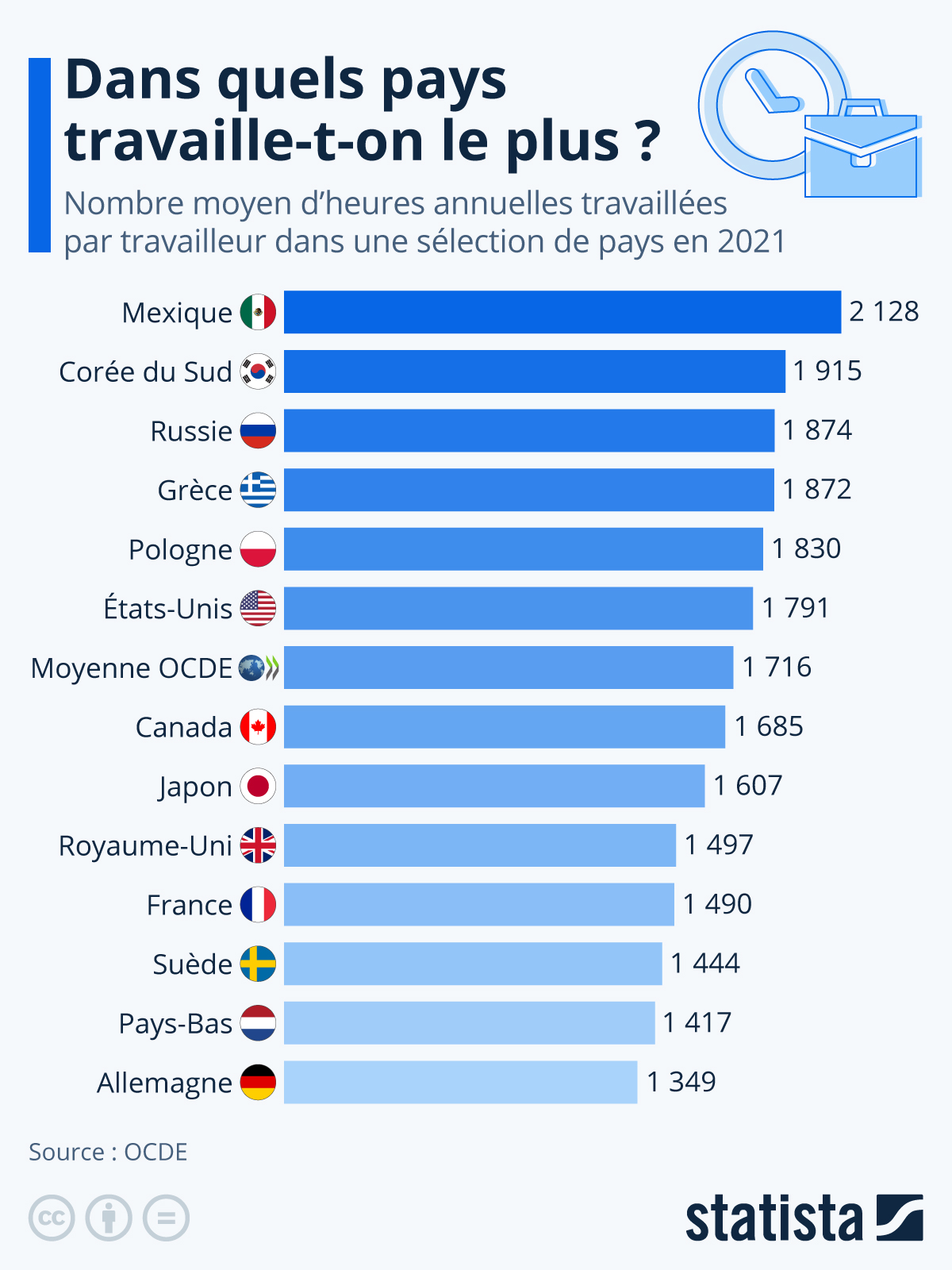 You will find more infographic on Statista

Scam on the Netflix platform: fraudulent emails are sent to certain subscribers