the essential Gaël Tchakaloff, author of “As long as we are both” (Flammarion), tells the Elysee from the inside and draws a portrait of the presidential couple formed by Brigitte and Emmanuel Macron. Gaël Tchakaloff answered questions from La Dépêche du Midi.

How did you manage to “become embedded” in the Élysée?
I was known, I had followed Emmanuel Macron in 286 before he announced his candidacy. I fell in love with Brigitte then and we never stopped talking and seeing each other, but the idea of ​​making a book only came to me later, end 2019, during the first confinement.
Everyone is on the verge of a nervous breakdown in this “crystal palace ready to explode”!
The President works all the time and sleeps very little , his collaborators find it difficult to follow him, it creates a frenetic atmosphere around him. He is very emotional himself, so there is a mixture of hyperemotivity and great fatigue. We always have the impression that it will explode, which does not happen …
Brigitte Macron keeps her calm, and “never give in to him”, she tells you?
It’s true , she does not panic, she tells me “France must get out of the Covid, for the rest, as long as we are both, everything will be fine”, that’s where it came from the book’s title. Brigitte is irreplaceable, a stateswoman who is both faithful and generous, with versatility on all subjects, coupled with a hair-raising non-conformism.
You call them Bonnie and Clyde, a couple of killers?
They wanted to be successful and ambition is not a flaw, unlike opportunism, but I think politics entered their life by accident. Brigitte does not try to interfere in business, she knows about it because she is fused with her husband, and because the advisers adore her. Moreover, they squat in the Madame wing, very concerned to have their opinion always disconnected from the state machine.

An anonymous witness resembling François Hollande explains to you that Emmanuel Macron lacks culture as well as convictions…
Everyone understood that this was a former president. I wanted to meet him because I was looking for a counter-fire to my empathy for the Macrons. If some reviews are correct, they are less credible on culture. As for the fact that he would play roles, it is a feeling he gives because he is close to the people he meets, whether they are a farmer or a normalien.
On the fact that he “cannot delegate”?
I think there is very little that is not checked by him. Even if he delegates, he checks afterwards, it is linked to his temperament, because like all intelligent people, he doubts a lot. There is also the fact that the Fifth Republic takes, as it ages, a form of monarchy.
reactions to the release of the book?
None of the presidential couple. But I have contradictory messages, the Macronists find that the President emerges weakened because we read that he does not know how to surround himself, that he is anxious, that his eyes are cloudy… As for the non-Macronists , they find the book complacent. I am somewhere between the two. 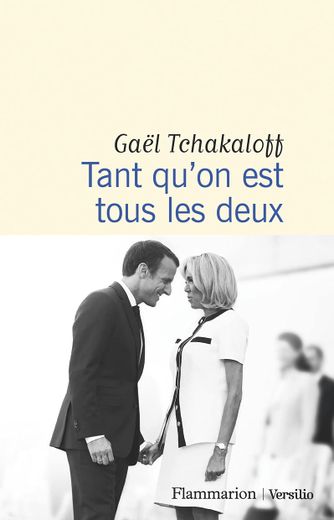 The cover of “As long as we’re both”

Migration route: the Franco-Spanish border is the second gateway to French territory

XV of France – autumn tour: why Jalibert was countered … Our questions and answers around France – Argentina

Submarine affair: trade negotiations between the European Union and Australia postponed to November